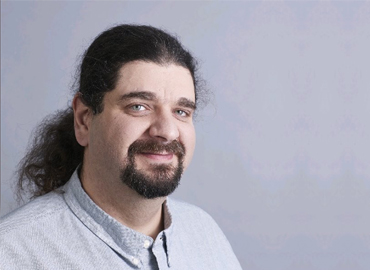 Are you interested in virtual reality training but still doubtful about its possibilities and uses? its uses?

After having presented you several use cases of multinationals that have chosen virtual reality to train their employees, with the giant Walmart in the lead, we thought it would be interesting to offer you an interview with an expert in this field. Marwan, a specialist in VR training at Artefacto, answers the most frequently asked questions on this subject. 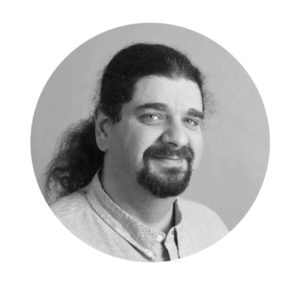 Hello Marwan, to begin with, could you briefly introduce yourself?

I am a VR training project manager at Artefacto. As for my background, it goes back to my childhood! I have always been passionate about computers and I fell into them at a very young age! I have a degree in computer engineering. I then had the chance to do an internship in VR and I fell in love with this technology. I then undertook a thesis in artificial behaviour in parallel. This made me discover a more playful side of the technology. During my thesis, I gave courses and this made me want to teach or at least to go into the field of training. To combine my two passions, I turned to the "serious game", i.e. the development of video games in virtual reality integrating an educational dimension. I am currently working on a lot of different subjects: training for butchers, garage owners, etc. .... One outstanding project I developed a few years ago: a crowd management simulation for the Spanish police!

How did VR become so popular? What possibilities does it offer?

VR has always been popular with the big manufacturers. I started in 2001 and the technology was already widespread, especially for prototyping, but it was very expensive. The general public has only recently been able to benefit from these technological innovations. The new smartphones have made it possible to democratise and miniaturise the display, motion detectors, etc. Today's VR is due in particular to the creator of the Oculus Rift, Palmer Luckey. He has succeeded in boosting the current market and this has enabled VR to explode. But the technology was ready a long time ago!

Why is virtual reality a good solution for training?

The major advantage of VR is the fact that it is situational. You don't watch a video, you don't read a text. Here, you are directly projected into an environment... and you believe it visually! Even if we are far from what we can see in science fiction films, we are nonetheless immersed. From a cognitive point of view, the information is better perceived, and, given the realism of the environment, we are more likely to perform the real gestures we would make in real life. Afterwards, this cannot replace real physical training because immersion is not perfect: it is visual and sound, but not yet haptic, for example. However, training in VR is much more effective than theoretical training because it makes it easier to memorise processes.

What are the benefits compared to traditional training?

Generally, to train on an industrial machine, you need to be put in a physical situation. Training in VR allows, for example, not to block a production machine to carry out the training. This type of training is also much safer. Typically, with nuclear power, there is no risk of a serious accident. Another advantage of a VR solution is repeatability: you can repeat an action several times to better record it and make mistakes while performing dangerous manipulations, for example. It also avoids the need to travel if the training site is far away. VR allows you to be on site, to familiarise yourself with the place before actually going out into the field.
I have another example in mind. At Disney, they use VR for prototyping new attractions and decoration. They simulate, project and check the validity of an attraction before it is built. There is clearly anticipation and therefore a potential financial gain.

How do people immersed in virtual reality react?

Usually the first reaction is just "Wow! People are blown away, they don't expect that. Some people still get this feeling even after many attempts. Some people get tired after a while because it's still an experience where the senses are tricked and tested; others find it hard to cope with the disconnection from reality. In any case, with the latest versions of headsets, this kind of feeling is less widespread because there is less of a gap between reality and the virtual.

What are the limitations of VR training?

The problem is that it only fools the senses of sight and hearing, but we have other senses! We can't touch and feel the virtual world. Even if some technologies are starting to go in this direction, it is not yet fully developed. The movements are also not yet really simulated. For example, to really train in a trade such as crafts, it is important to be in the real world and to use the rest of your senses, especially touch and smell. Haptic technologies are not yet sufficiently developed in my opinion.

Finally, what do you think is the next step in virtual reality?

The next step, in my opinion, is to exploit mixed reality to the maximum, i.e. to combine VR and AR (augmented reality) by projecting oneself into a virtual world but integrating it into the real environment. The realism of the virtual should be pushed to the point of confusing it with reality. As for the technological aspect, we are still far from being able to provide an experience capable of deceiving senses other than sight and hearing. The technology is far from being mature enough. In the end, virtual reality is about deceiving your senses to make you believe in another reality.

With this interview, we hope to have answered your main questions about training in VR. If you want to know more, Artefacto suggests you discover the complete guide on on VR training.